One of the best parts of working for the Lemelson Center is having the opportunity to meet so many cool inventors. In recent years, I’ve met NASA food scientist Vicki Kloeris, roboticist Jason Bannister, skateboarding pioneer Rodney Mullen, and perhaps one of my favorites, Ralph Baer, inventor of the home video game. I am always inspired by these women and men, and love to hear them talk about how they work, who encouraged them as kids or mentored them as adults, what kinds of challenges they’ve faced and overcome, and what their next big thing might be. 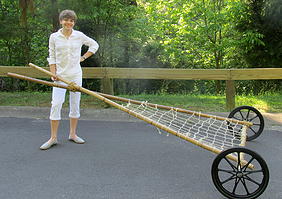 Last month, I had the opportunity to meet Alexis Lewis, another amazing inventor. Part of what’s so impressive about Alexis is the fact that she’s just 13. But perhaps more notable is her invention, the Rescue Travois. Alexis describes the inspiration for her invention on her website:

During the 2011 Somali famine, hundreds of children who were too weak to walk were left by the roadside to die when their parents could no longer carry them on the two to three week trek to a refugee center. When…Lewis read this in the newspaper, she thought no parent should have to do this. She wondered why they did not have a simple transportation device, like a little wagon, to help them carry the children. After speaking with experts, Lewis learned that there is a dearth of simple, wheeled transportation in Africa. Most of the simple transportation people had, if any, were wheelbarrows. Yet most of the Somalis who had to make the treks to the refugee centers were too poor to even have wheelbarrows.

So Alexis set out to invent a new kind of vehicle that would be inexpensive, simple to put together, and easy to operate. She was initially inspired by travois used by Native Americans, but like any good inventor, she thought about how she could improve upon the existing technology and make it even more effective for the people she hoped to help. 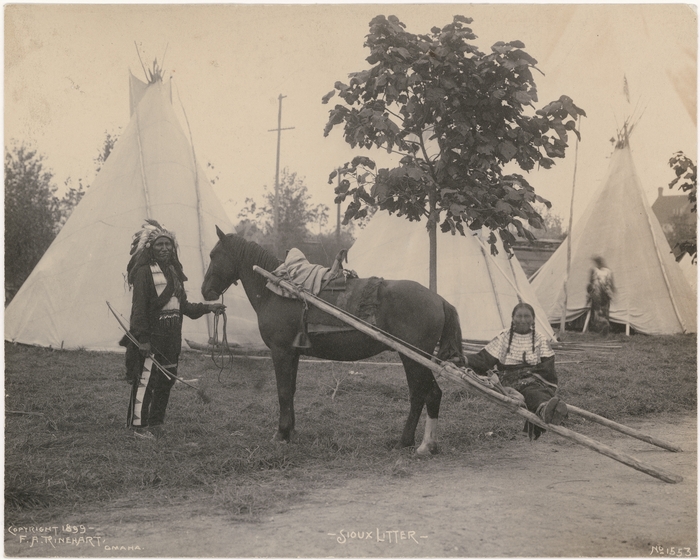 Photo courtesy of the Smithsonian’s National Museum of the American Indian.

When we met, Alexis talked about how her idea evolved from initial concept to end product. She described testing different designs for load-bearing capabilities and exploring various materials from which to build the travois. While she initially considered a wooden frame, she eventually settled on bamboo: it’s lightweight, readily available, sturdy, and sustainable. She also modified the existing travois design by adding wheels to make it easier to pull and a “belt” that can be worn around the operator’s waist, leaving arms free to carry a child. Finally, Alexis tested her idea by having both children and adults pull the travois to ensure ease of use. Hearing Alexis talk about her work really underscored one of the Lemelson Center’s main educational messages—that invention is a process. She conceived an idea, researched possible solutions, and created, tested, and tweaked a prototype until she came up with a workable design. 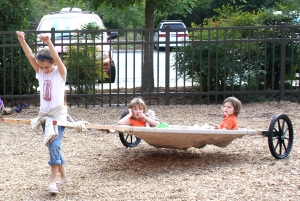 I first learned about Alexis and her invention through the Spark!Lab Invent It Challenge, which the Lemelson Center has hosted the past two years in conjunction with the Smithsonian Center for Learning and Digital Access and ePals, an online global community for teachers and students. Alexis’s was one of 300 entries in the 2012 contest and garnered the top prize for her age group, including the services of a patent attorney. (Alexis doesn’t want to profit from the Rescue Travois, but wants to patent it so that no one else can make money from the design either. She hopes to make the design of the vehicle free and available to all.) But Alexis’s work didn’t stop when she entered the contest. She continues to work on the travois, and is currently trying to identify suppliers and manufacturers. She has also met with government and non-profit leaders who she hopes can help her make the travois available to those who need it most.

As my Smithsonian and ePals colleagues begin to plan the next Spark!Lab Invent It Challenge, scheduled to launch in early 2014, I am already looking forward to seeing the next round of inventions. I know there are other young inventors out there who, like Alexis, have great invention ideas that can make the world a better place.