Edward Kretchmer was born into a family of beekeepers and became an inventor and entrepreneur focused on the needs of his buzzing friends.

According to the Agricultural Marketing Resource Center, there are between 115,000 and 125,000 beekeepers (hobbyists, part-time, and commercial) in the United States, accounting for roughly 40 percent of the total US honey production. In the spring of 2020, my neighbors joined the effort and began beekeeping in their backyard. Small, simple, white boxes appeared along our fence line.

Beehives look straightforward, but are complex containers with compartments, drawers, shelves, and moving slides, all intended to facilitate the efficiency of the honey bee's activities. Most beekeeping circulars and advertisements from the 1880s and 1890s stated that bees needed to be in good boxes if the expectation of success is honey. But what constitutes a good box?

Since 1810, over 20,000 patents for beehive structures and beekeeping related implements were issued in the United States. The United States Patent and Trademark Office lists 64 subclasses for Hive Patents (Class 449), defined as "the methods of and structures for propagating, raising and caring for bees; as well as certain ancillary methods and structures." The first beehive patent in the United States was John Sweet's US Patent X001267 for beehives issued on April 11, 1810. Some of the earliest traditional hives included hollow logs, cylinders made from clay or cattle dung and woven baskets. Today, the most commonly used beehives in the United States are the Langstroth Beehive (see US Patent 9,300, 1852) by Lorenzo Langstroth; the Warré Beehive (known as the People's Hive) developed by Emile Warré; and the Top Bar Hive (TBH), which was used in ancient Greece and refined by C. J. Tredwell and Peter Paterson in 1965.

One enthusiastic beekeeper who would ultimately make a living selling bee supplies was Edward Kretchmer (March 14, 1844–April 14, 1926). Born on the American merchant vessel Louisiana and raised briefly in Silesia, Prussia (part of Poland today), Kretchmer was part of a beekeeping family. His father was a beekeeper and the family lived near Johann Dzierson (1811–1906), the father of modern apiculture and creator of a beehive with moveable frames. Dzierson gave young Edward some of his first lessons in bee culture and, on his tenth birthday, "presented him with an Italian Queen bee" (Gleanings in Bee Culture, Supplement to April 1875, page 4). This early influence stuck with Kretchmer and when he returned to the United States in 1859, he continued his interest in beekeeping.

"Brother" Kretchmer, as he was known among his bee friends, was issued several patents related to beekeeping that include three for hives: US Patent 59,614 (1866); US Patent 67,123 (1867); and US Patent 138,661 (1873). But Kretchmer's interests and jobs also included serving in the Union Army as a 1st Lieutenant in the Illinois Cavalry (1861–1862); farming; serving as a postmaster, the mayor of Coburg, Iowa, and a member of the Board of Supervisors for Montgomery County, Iowa; and later a businessman.

Kretchmer began manufacturing bee supplies in 1864 under the name Kretchmer Manufacturing Company in Pleasant Grove, Iowa. He ultimately relocated his factory from Pleasant Grove to Council Bluffs, Iowa, to take advantage of better shipping facilities and proximity to railroad lines. Council Bluffs was the eastern terminus of the Transcontinental Railroad, making it a prime location for doing business. Many of Kretchmer's advertisements boasted of having "15 railroads centered in Council Bluffs, 42 years of experience, and lowest prices." By 1917, Kretchmer had retired from the bee business to his home in Red Oak, Iowa, and sold the majority of his company stock to fellow inventor, entrepreneur, and businessman, Amos Ives Root (1839–1923) of the A. I. Root Company of Medina, Ohio. 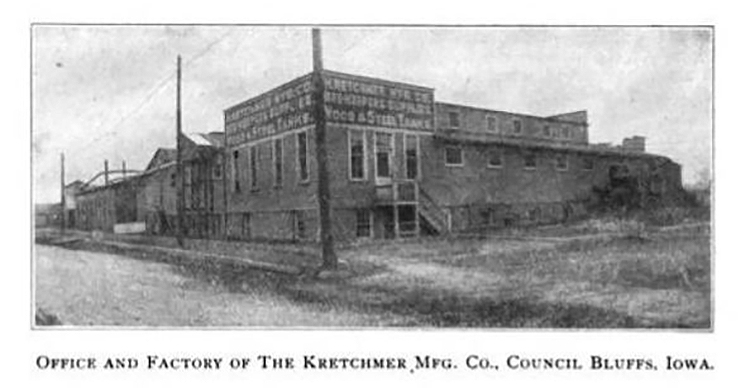 During his peak manufacturing years, Kretchmer drew considerable attention for his American Bee Keeper's Guide (1872), which was a reference book on all subjects connected with successful bee culture, in both common and movable-comb hives. The Guide provided clear directions for the management of bees for every month of the year, with an alphabetical index, and thoroughly illustrated the new system of bee culture with the honey extractor. It also contained practical directions how to rear Italian queen bees. The editors of Gleanings in Bee Culture reviewed the book, stating, "the whole appearance of the book struck us as something strangely familiar and on reading different parts of it, we were still more puzzled until we placed King's Text Book by its side, and found that the same ideas followed in almost the same succession even to whole pages and chapters . . . Has Mr. Kretchmer stolen this idea from King or has King sold him the right to—to copy him, imperfections and all?" (Gleanings in Bee Culture, January 1, 1873, page 7). The irony is that the editors and proprietors of Gleanings in Bee Culture, the A. I. Root Company, would ultimately purchase the Kretchmer Manufacturing Company.

In January 1893, Kretchmer, who was an active member of the Iowa Bee Keepers' Association, was appointed superintendent to the Iowa Columbian Commission to lead the Iowa honey exhibit at the World's Columbian Exposition in Chicago. It's possible that this appointment was the highlight of Kretchmer's beekeeping career. The honey exhibits at the fair were held in the east hall galleries of the Agricultural Building. A patriotic apiarist, Kretchmer made sure that Iowa was well represented, showing beeswax and bee culture appliances, including the "New Ferguson Bee Hive, US Patent 452,366, of 1891, which was advertised as the "greatest invention of modern apiculture."

Ferguson, although not an Iowan (he was from Odell, Nebraska), had made his hive available for sale through Kretchmer's company. The object of his hive was, "to provide for bee-hives an attachment adapted to receive the surplus honey and to enable the same to be readily removed and capable of controlling the bees." Ferguson's hive garnered notice and with it, attention to Kretchmer. Journalist E. S. Mead of the Ohio Farmer wrote in his column, "Honey Exhibit at the World's Fair" (October 12, 1893), "One beeman has on exhibition a patent hive which attracts considerable attention. I do not like it because it has too many hinges, doors, clasps, and other fixtures about it." Presumably, Mead was referring to Ferguson's beehive which had several hinges, doors, and clasps. 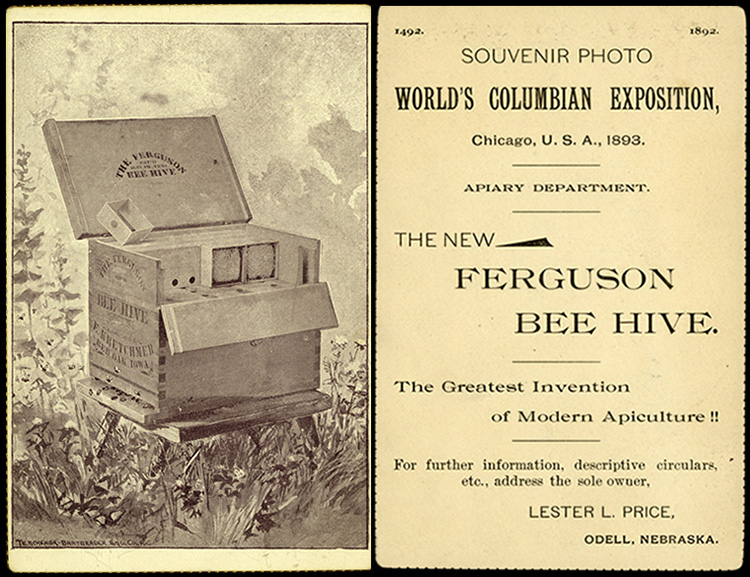 In the Progressive Bee-Keeper of July 1, 1893, reader Mrs. A. L. Hallenbeck wrote, "By the way, who of the Progressive Bee-Keepers have made their acquaintance of a bee hive known as the Ferguson Patent Hive, the peddling agent claiming that it is manufactured by Kretchmer of Red Oak, Iowa, although the catalogue of the Red Oak manufacturer contains no such hive? You Higginsville [Missouri] people want to be on the lookout, for no body is allowed to sell the hive, except it's special agents and it's going to knock all other hives out of the market." 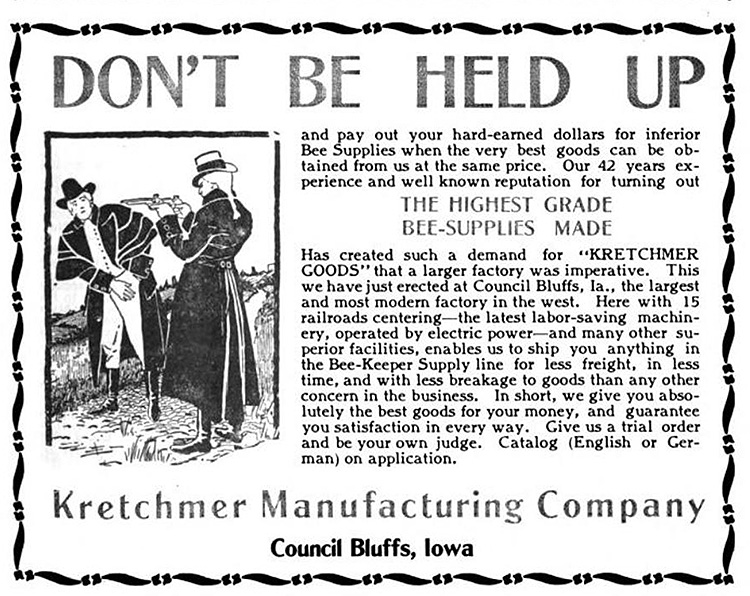 “Don’t Be Held Up,” advertisement for Kretchmer Manufacturing Co., The Rural Bee-Keeper, May 1906. Courtesy of Google Books

The nineteenth and early-twentieth centuries were filled with inventions and innovations from men such as Kretchmer and Ferguson, who created and patented beekeeping appliances (e.g., smokers, frames, combs, veils, honey knives, and extractors) and hive designs. In fact, there were so many inventions flooding the beekeeping market by the early twentieth century that editor E. R. Root of the American Bee Journal took notice and wrote, "Occasionally there arises one in the bee-keeping line who thinks he has some invention that is going to revolutionize the industry of bee culture. He therefore patents it. Perhaps in the majority of cases it is a new kind of bee-hive. His special hive will simply compel the bees to store lots of surplus honey! But it is mostly on paper, or in his mind. The great majority of these useless inventions, even if they would accomplish what was expected of them by the brilliant (?) geniuses that evolved them, would have absolutely no sale, for the simple reason that the dear public is not going to pay for something for which it has absolutely no need (American Bee Journal, "Patents in Bee-Keeping," April 28, 1904, page 307).

Readers of the American Bee Journal weren't overly discouraged from inventing by E. R. Root's editorial comments. Thankfully, invention and innovation in the bee world continues to the present day. 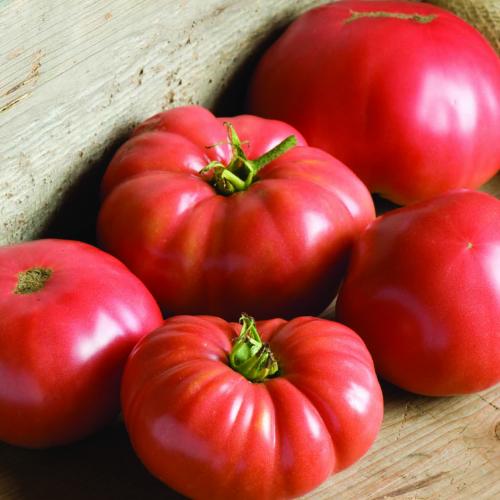 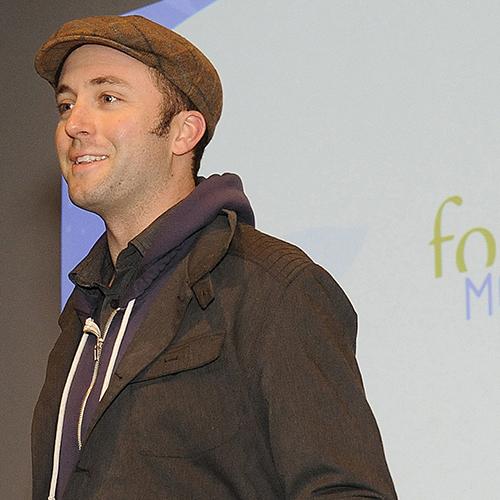 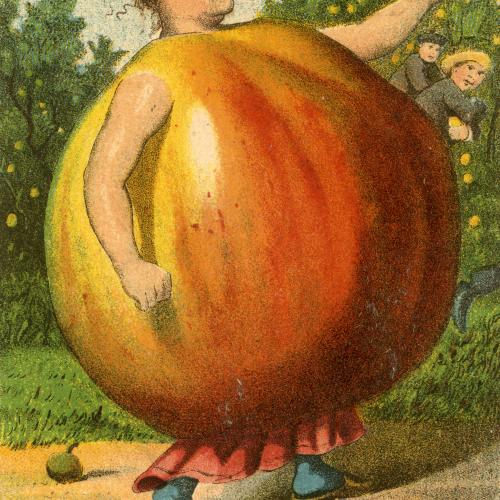 How 'Bout That Apple?