Inventor William J. Hammer was one of thousands of patriotic inventors who mobilized for World War I.

Electrical inventor William J. Hammer sent a spirited telegram to his daughter Mabel in New York with news that he had just been drafted into the United States Army. “At eleven five [11:05 a.m.], June 4th 1918, I was sworn in Uncle’s Sam’s service as Major “Inventions Section,” War Plans Division, General Staff on duty at War College to help beat the Huns. Returning home for few days short furlough. Loving yours, ‘Dad.’”1 But as the telegram intimated, Hammer was not your typical World War I doughboy. At age 60, Hammer would not be carrying a gun or commanding troops. Rather, Hammer was one of thousands of patriotic inventors who built and evaluated new weapons to defeat the Germans during World War I.

Just over one hundred years ago, on 6 April 1917, the United States Congress declared war on Germany and officially entered World War I, the “war to end all wars.” Many scholars view the war as a key turning point in American history—a dividing line separating historical and modern America.

The war thrust the United States onto the global stage as a military and economic power, and exposed millions of Americans to foreign lands and modern warfare. The National Museum of American History has developed a series of new exhibitions, public programs, and social media content to mark this important centennial.

World War I represented an intensification of “industrialized warfare,” in which new inventions and technologies proved decisive for victory. The European combatants had spent the prior decades engaging in a deadly, high-tech arms race, and as fighting commenced in 1914, it achieved a new level of brutality. On land, soldiers employed machine guns, armored tanks, and poisonous chemical weapons in their trench warfare. In the air, zeppelins and airplanes dropped explosives on enemy positions. At sea, huge dreadnoughts, sleek submarines, and underwater torpedoes threatened both military and merchant vessels. American inventors—such as the Wright Brothers and their airplane--had pioneered some of these technologies, only to watch other nations perfect their military uses. Under these new conditions of warfare, scientists, engineers, and inventors like William J. Hammer became crucial national assets as the American government mobilized for war. 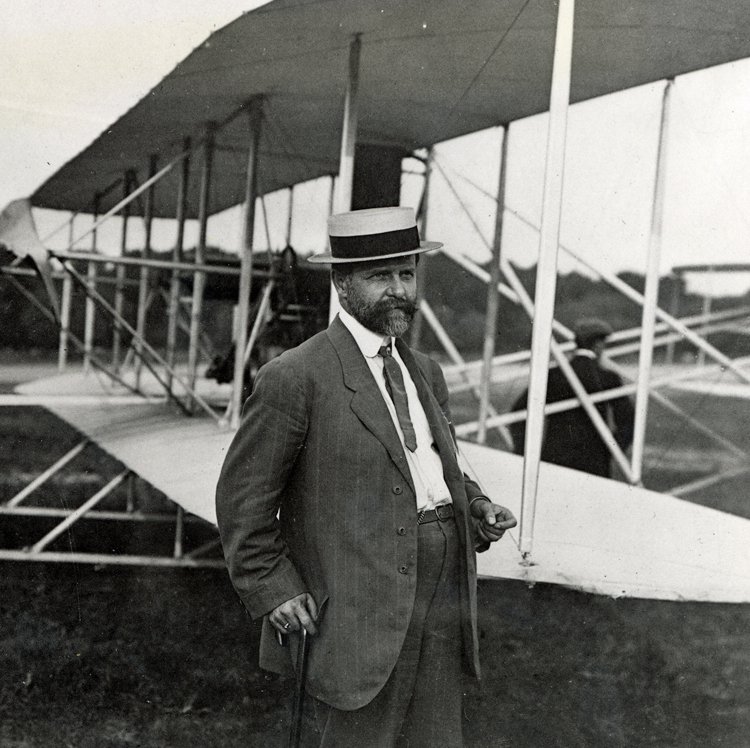 Hammer’s life and inventive career have been well preserved in two Smithsonian collections, one at the National Museum of American History (NMAH #0069) and the other at the National Air and Space Museum (NASM #0074). Hammer (1858-1934) grew up in Newark, New Jersey and in December 1879, at 21-years old, went to work as an assistant at Thomas Edison’s Menlo Park laboratory. Hammer assisted in experiments on Edison’s telephone transmitter, phonograph, electric railway, and ore separator, but his primary responsibility was to keep records of Edison’s incandescent lighting experiments. Over the years, Hammer collected samples, then curated the William J. Hammer Historical Collection of Incandescent Electric Lamps, a comprehensive collection of historically important lamps from Edison and his competitors.2

Hammer gained Edison’s trust and gradually earned more responsibility. He became chief engineer of the domestic Edison Lamp Works, then chief engineer of Edison’s electrical lighting utilities in England and Germany. Hammer was also placed in charge of Edison’s elaborate world’s fair exhibitions in London (1882), Berlin (1883), Paris (1889), and elsewhere. In Paris, Hammer set up the largest individual exhibit at the Exposition, covering 9,800 square feet, at a cost of $100,000. The exhibition was divided into 19 different departments and operated all of Edison's inventions; the most impressive display was a 45-foot tall Edison lamp employing 20,000 lamps. Edison later remarked, that Hammer “had entire charge of my exhibit at the Paris Exposition, which was very successful."3

While working for Edison, Hammer patented an improved can opener, a heavy-duty electrical switch, and a special tool for wiring buildings that combined a screwdriver, wrench, wire-cleaner, and wire measuring gauge. In 1890, Hammer left Edison to become a consulting electrical engineer and independent inventor. In the first decade of the 20th century, he experimented with X-rays and worked with Pierre and Marie Curie to find new applications for radium. Hammer also worked alongside the Wright Brothers and Glenn Curtis as a pioneering, first-generation aviator.4 So in 1918, when the U.S. Army called him into service, Hammer could boast deep knowledge in the emerging fields of electricity and atomic chemistry. 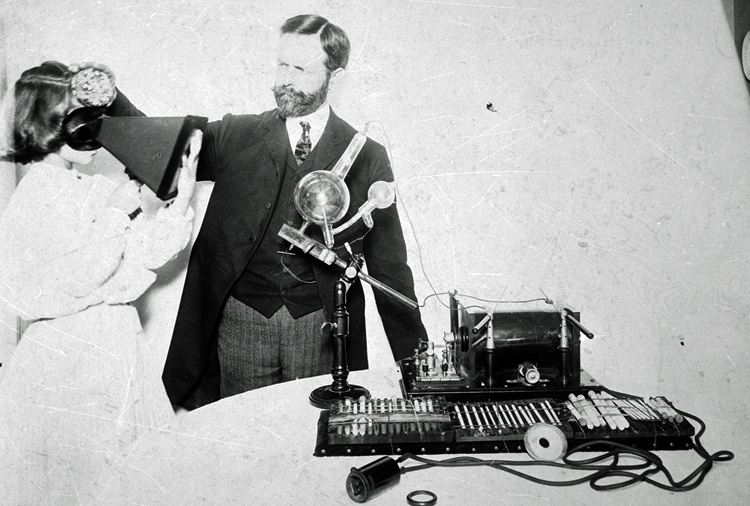 From his post at the U.S. Army War College in southeast Washington, Hammer evaluated the practicability of electrical and aeronautical devices sent to the Army’s Inventions Section by America’s patriotic inventors. He recalled testing various inventions while flying above the capital in an open cockpit airplane, and also, back on the ground, inspecting “airplane propellers, balloons, dirigibles, parachutes, and many thousands of electrical and aeronautical war inventions and devices.” He would occasionally work with the U.S. Patent Office to review and prevent publication of patents pending that might convey useful information to enemy combatants. Similarly, he evaluated the intelligence derived from the patents and technical documents seized from enemy combatants by the Alien Property Custodian. Finally, Hammer contributed his own inventive ideas, such as using radium to illuminate various airplane instruments, field markers, barbed wires, and landing strips.5

Major William J. Hammer was merely one of thousands of American independent inventors who proudly mobilized to serve their country during World War I. Edison, in fact, was tapped to lead the Naval Consulting Board, a group of about 25 professional, civilian inventors organized by Secretary of the Navy Josephus Daniels. Similar to Hammer’s Army unit, the Navy board was tasked with harnessing the “natural inventive genius of Americans” by evaluating and selectively developing the best defense ideas submitted to the Board by America’s grassroots inventors. The board received approximately 110,000 suggestions between 1915 and 1918, but most were impractical. In fact, only one idea (a flight trainer) was actually implemented by the war’s end. In contrast, the Board’s professional inventors—including Frank Sprague, Elmer Sperry, Hudson Maxim, and Leo Baekeland—were more successful in developing depth charges, optical range finders, ship camouflage techniques, and methods for detecting enemy submarines.6 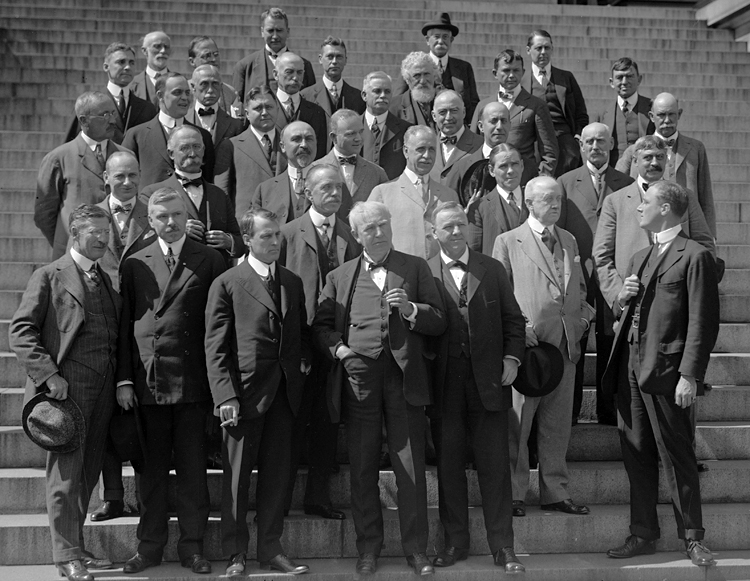 The Naval Consulting Board, about 1916. Thomas Edison is front row center; Navy Secretary Josephus Daniels is to his right. At far right, first row (and looking up the stairs) is Assistant Secretary of the Navy (and future President) Franklin Delano Roosevelt. Source: Image: LC-DIG-hec-06949, Harris & Ewing collection, Prints and Photographs Division, Library of Congress, Washington, D.C.

After the armistice in 1918, Hammer continued working with the Army for another year, before his honorable discharge in October 1919. For his wartime service, Hammer received honorary medals from the U.S. and French governments, and was commended by an Army Air Service colonel for reviewing “a multitude of abstract technical problems,” handling “inventors’ claims and propositions” with “natural tact and diplomacy,” and displaying “patriotic devotion” to his duties.7

After the war, Hammer sheepishly complained to a colleague that maintaining a second residence in Washington, DC had “proved so expensive that it cost me double my [Army] pay.” Nevertheless, Hammer harbored “no regrets” and was quite proud “to do something practical for Uncle Sam.”8 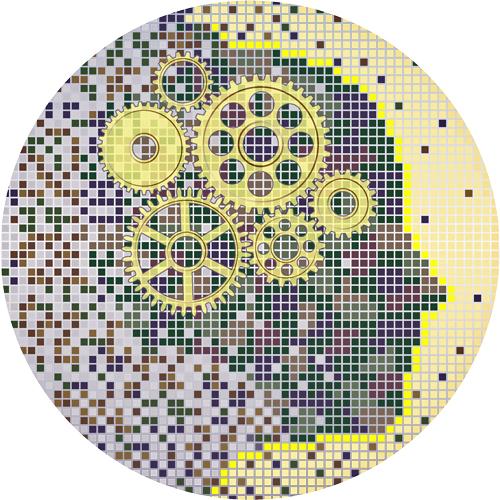 Inventions for the Armed Forces, Innovations for Society 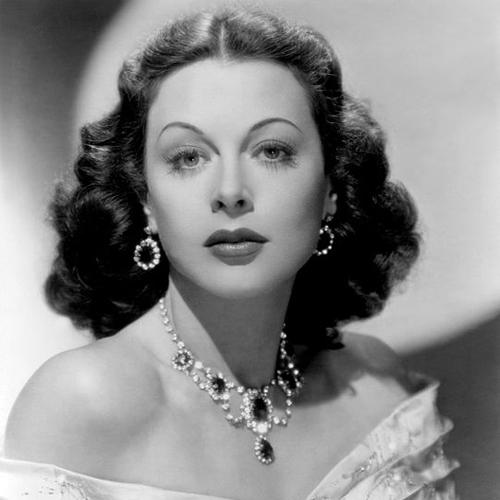 A Movie Star, Some Player Pianos, and Torpedoes

Hedy Lamarr was dubbed the most beautiful woman in Hollywood, but she was more interested in inventing than in idle compliments. 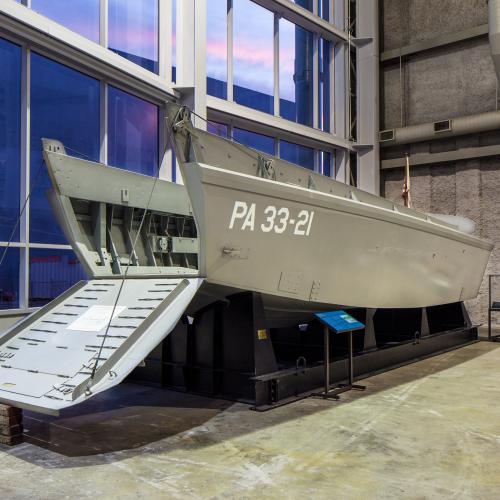 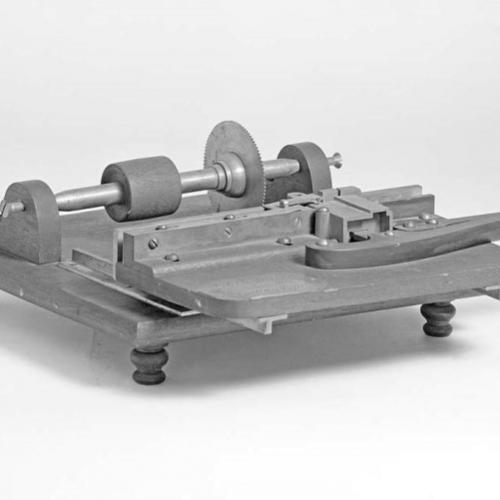 John Miller, Georgia Institute of Technology, discusses the differences between the Union and the Confederacy in their approaches to telegraph technology and Joan Boudreau, curator of Graphic Arts at the Smithsonian National Museum of American History, highlights the role of tabletop portable printing presses. 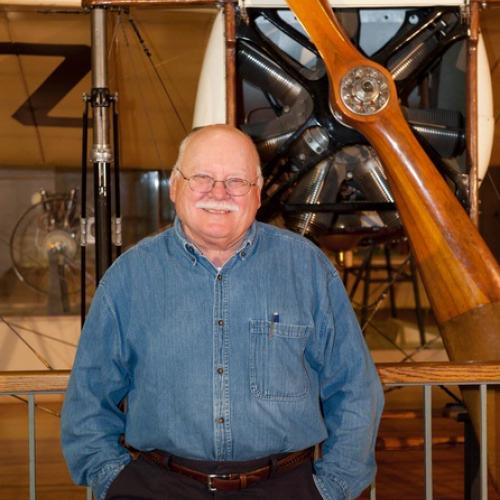